Critical damage in Warhammer 40K: Inquisitor - Martyr is a bit different than most systems. Instead of a straight multiplier, there’s an extra level of indirection. While this has advantages (crits have a much wider range which can “feel” more exciting, and it smoothly caps the crit multiplier), it also confuses new players often.

Let’s start with making sure we’re all on the same page. Here’s how criticals work in 40K: Inquisitor:

When an attack crits, the game internally rolls a random value from 1 to 100, adds your critical strength score, then looks up the value in a table. It takes the result as your initial critical multiplier, then adds any critical damage from your gear and skills, and uses that as the final multiplier for your normal attack damage.

The first plot shows the average equivalent critical damage you can expect with a given amount of critical strength on your gear. 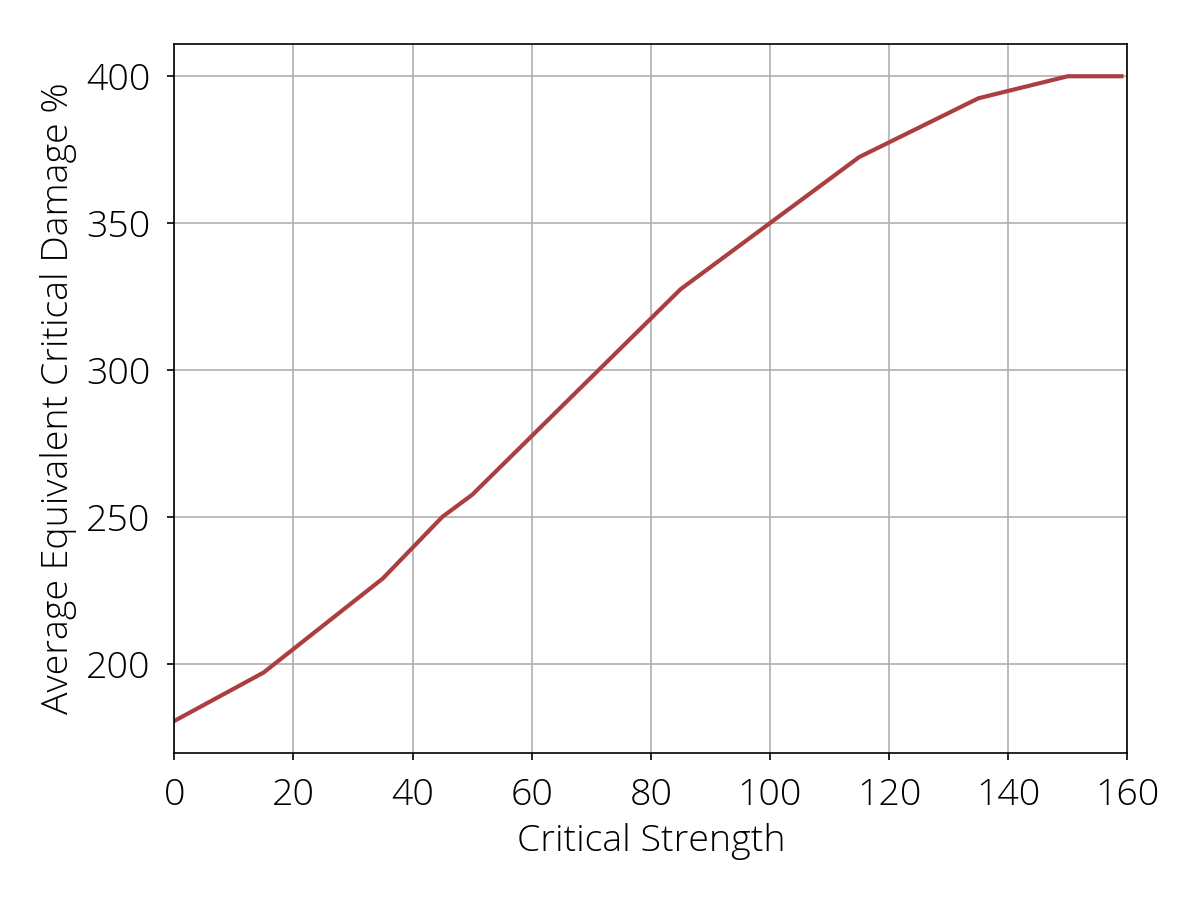 The second plot shows how much a single additional point of critical strength is assuming you already have a given amount.

Note: As of v2.3.0, the critical damage per point of critical strength plot is a bit wonky. This isn’t a bug, it’s a result of inconsistently-sized intervals in the critical strength table. The good news is that you can basically ignore the hiccup in the middle: there’s essentially no scenario in which it makes sense to change your gear for that little window. 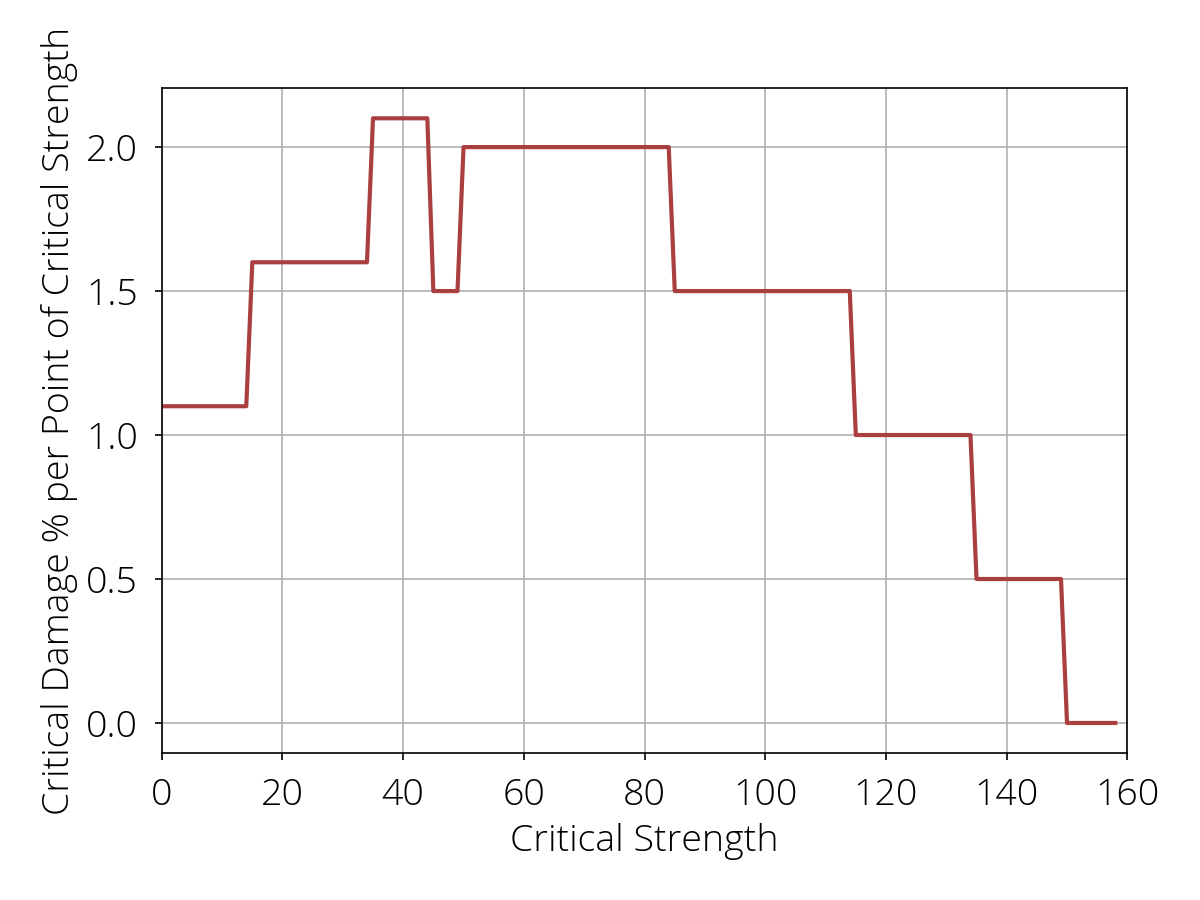